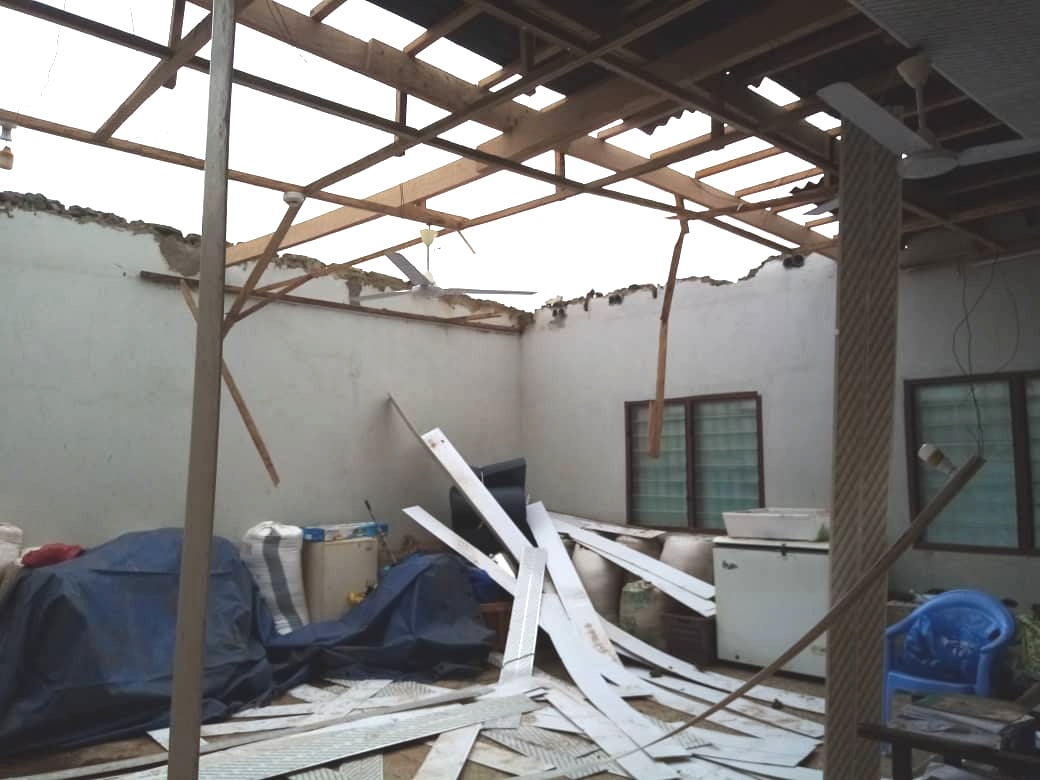 The evening of Monday, March 22nd, there was a storm in Prampram. On our site Kinder Paradise in Prampram and on the houses the storm has unfortunately caused great damage.

The roofs of six houses, including three just freshly covered roofs, are partly very badly affected. The large roof of our Car Port and the roofing of the grandstand were destroyed and blown away. The Car Port roof flew in one piece all the way to the street and took away large sections of our front fence.

The children had to be evacuated during the night from Monday to Tuesday. 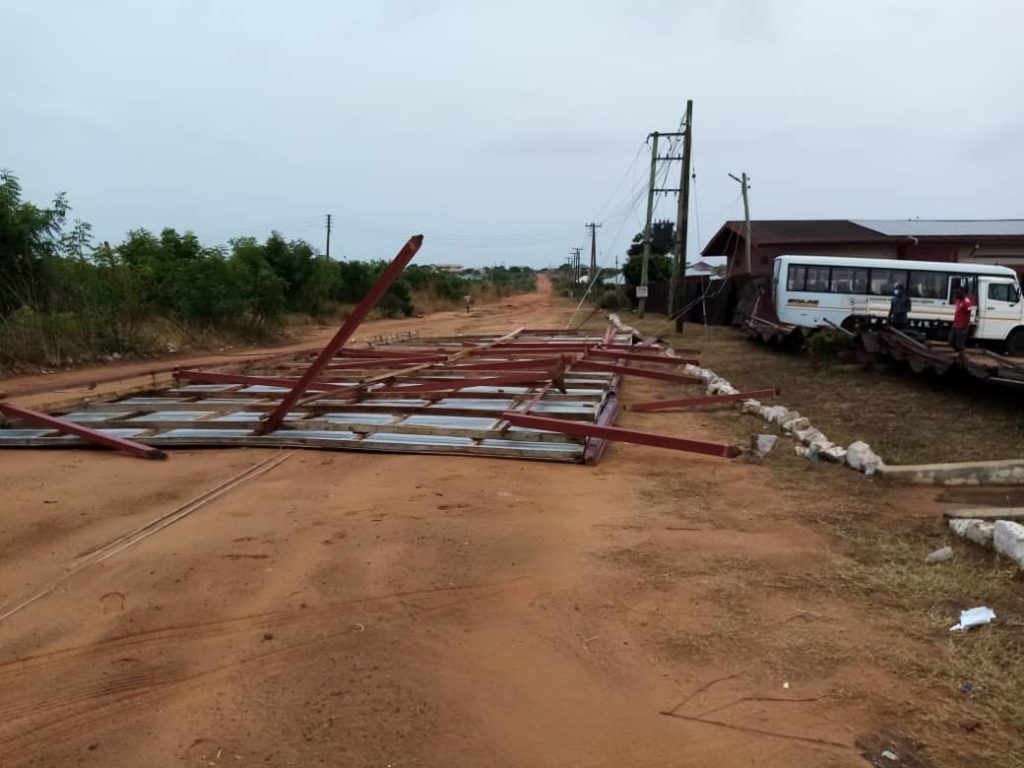 We are grateful that no one was injured and everyone is well; we are also more than happy and it is fortunate that the downed overhead power lines in the rain-soaked terrain did not cause electrocution.

There was no damage in the infirmary with its equipment. Food stocked in the new storehouse was also not affected by water damage.

Although the roof of the Car Port was torn away by the wind along with the pillars and partly also their concrete foundations, none of our vehicles parked underneath were damaged. On the first day after the storm, our solar system was still working; on the second day it was no longer working, but on the third day it was already repaired.

Many of our documents and documentation on the children, although soaked, could be dried and are readable – especially the questionnaires filled out by all our past alumni for a survey about our re-integration process (the work of one entire year!).

The day after the storm, we were able to do a lot of cleanup and secure as much of the affected areas as possible; all of our children, from young to old, and all of the staff pitched in and helped. They were a wonderful team!

Some of the children’s rooms are not habitable. The children have now all moved together and are sharing their non-affected, dry rooms; no child has had to be placed outside the residential home facility.

The power supply had collapsed throughout the village because many of the power poles had fallen. Already in the weeks before we had no water supply from the municipal waterworks.

The rainy season has started and more storms are possible which could further destroy our already damaged roofs. So we hope to be able to repair the damage as soon as possible. 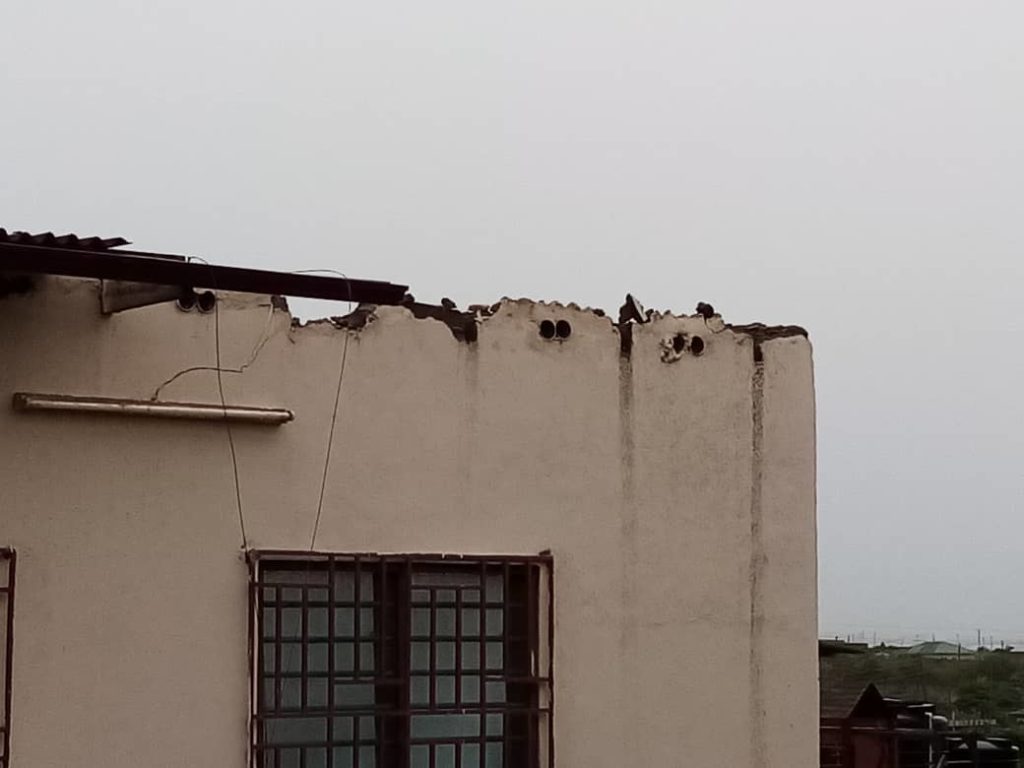 We are sorry that we could not send good news from Ghana this time, and you can imagine how much we would appreciate further support for the reconstruction!

Disclaimer: Kinder Paradise does not follow a strategy of public fund raising.